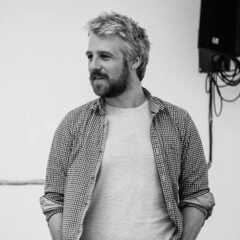 Eoghan is a freelance director, lighting designer and dramaturg. In 2015, he was made an Associate Director with Corn Exchange Theatre Company.

As a dramaturg, Eoghan worked on the Paris Opera Academy/ Opera Collective Ireland production of Owen Wingrave directed by Tom Creed and he works with the Abbey Theatre's New Work Department in Ireland.

As an assistant director, he has most recently worked with Wide Open Opera and Landmark Production on The Second Violinist; Opera Theatre Company on a number of operas, most recently Acis and Galatea (Wexford Opera House/Irish Tour, 2017); with Corn Exchange Theatre Company on a number of productions since 2012; and with Abbey Theatre on Shibboleth (Peacock Theatre, 2015).

Eoghan has a B.A. International in Drama and English from UCD and an MFA with Distinction in Theatre Directing from The Lir Academy at Trinity College Dublin. He is currently developing INFINITY with Nessa Mathews in association with Corn Exchange and Mermaid Arts Centre; Memento Murray with Ste Murray; and Bodies of Water with Maeve Stone in association with Corn Exchange.

You can find out more about his work at eoghancarrick.com