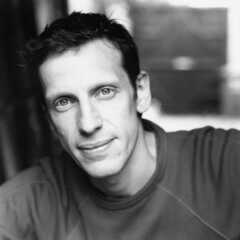 Michael West has written many plays in collaboration with Annie Ryan and The Corn Exchange, including Dublin By Lamplight; The Seagull; the world premiere adaptation of James Joyce’s Dubliners; Man of Valour; and Freefall. Other work for The Corn Exchange includes Everyday; Foley; and an adaptation of Lolita (in a co-production with the Abbey).

He has translated or adapted many texts, among them The Marriage of Figaro for the Abbey; a version of Death and the Ploughman by the Bohemian 14th century writer Johannes Von Saaz for Christian Schiaretti of the TNP in Lyon and produced by SITI company and directed by Anne Bogart in the USA; and work by Molière, Marivaux and Calderón. His latest translation, Forever Yours, Mary-Lou by Michel Tremblay premiered at the Theatre Royal in Bath in March 2016.

In 2014 the Abbey Theatre presented a world premiere of Conservatory. His latest play, The Chinese Room, premiered at the Williamstown Theatre Festival in the USA in 2016, directed by James Macdonald.

In 2017 he was dramaturg on Webster’s The White Devil at the Globe, and Dead Centre’s Hamnet, which played at the Schaubühne, Berlin and the Abbey in Dublin. He has written plays for children, for radio and adapted an Oscar Wilde story for the English National Ballet. He is published by Methuen.